Mocha is a testing library for Node.js. It is used to organize and execute unit and integration tests.

How to install Mocha:

You can install Mocha globally by running:

Now we’ll use npm’s init command line option that is a simple way to create a package.json file for any project.

Answer the questions and hit enter. For question ‘test command:’  respond to with ‘mocha’. This allows running mocha by simply typing npm test. 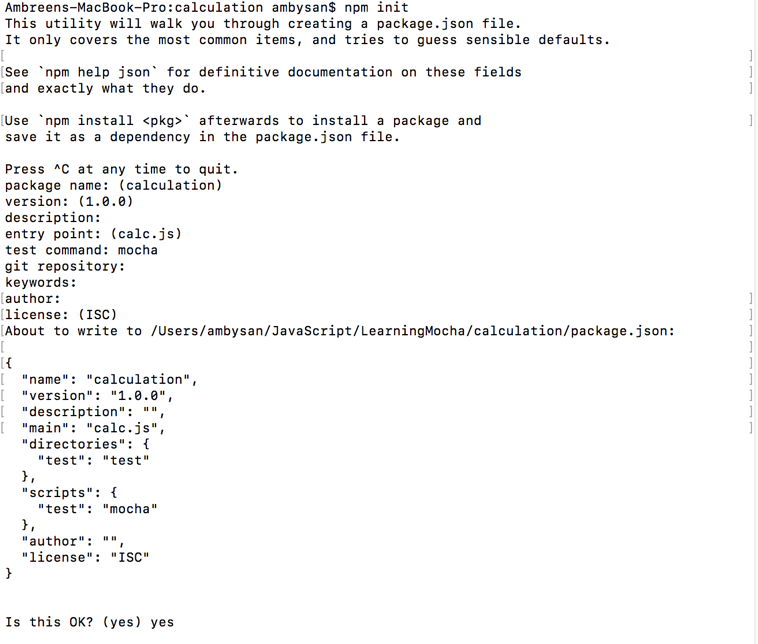 When finished, this is how the folder structure will look like:

Your package.json file should contain the following json: 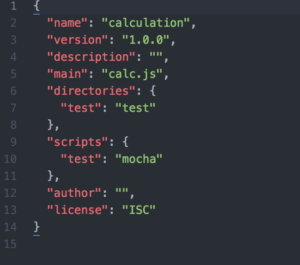 We’re going to test calc.js file. Our calc.js file will have below code and performs simple addition and subtraction functions: 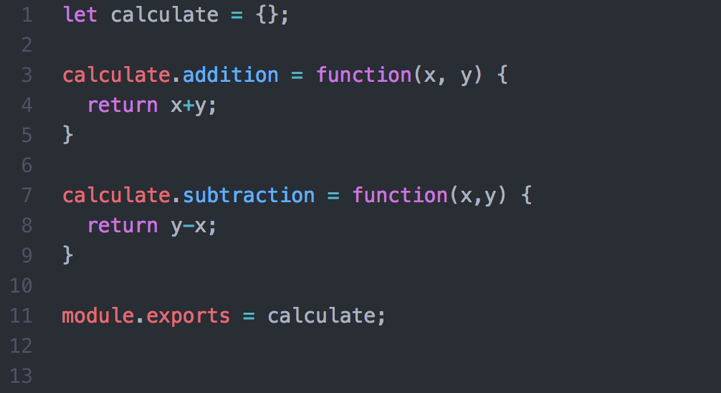 How Mocha Tests are structured?

Before we write our tests, it is important to understand how Mocha tests are structured. In Mocha, there are two basic function calls:

describe() takes two arguments, the first is the name of the test group that describes the feature, and the second is a callback function that provides the body of the description.

In our example, we are going to use Node.js built-in assert module, therefore, we need the line:

There are a number of different assertion tests that can be performed with assert. The one we are using is assert.equal(actual, expected); This tests equality between our actual and expected parameters using double equals (==).

Now we are ready to write test in our test.js file as shown below: 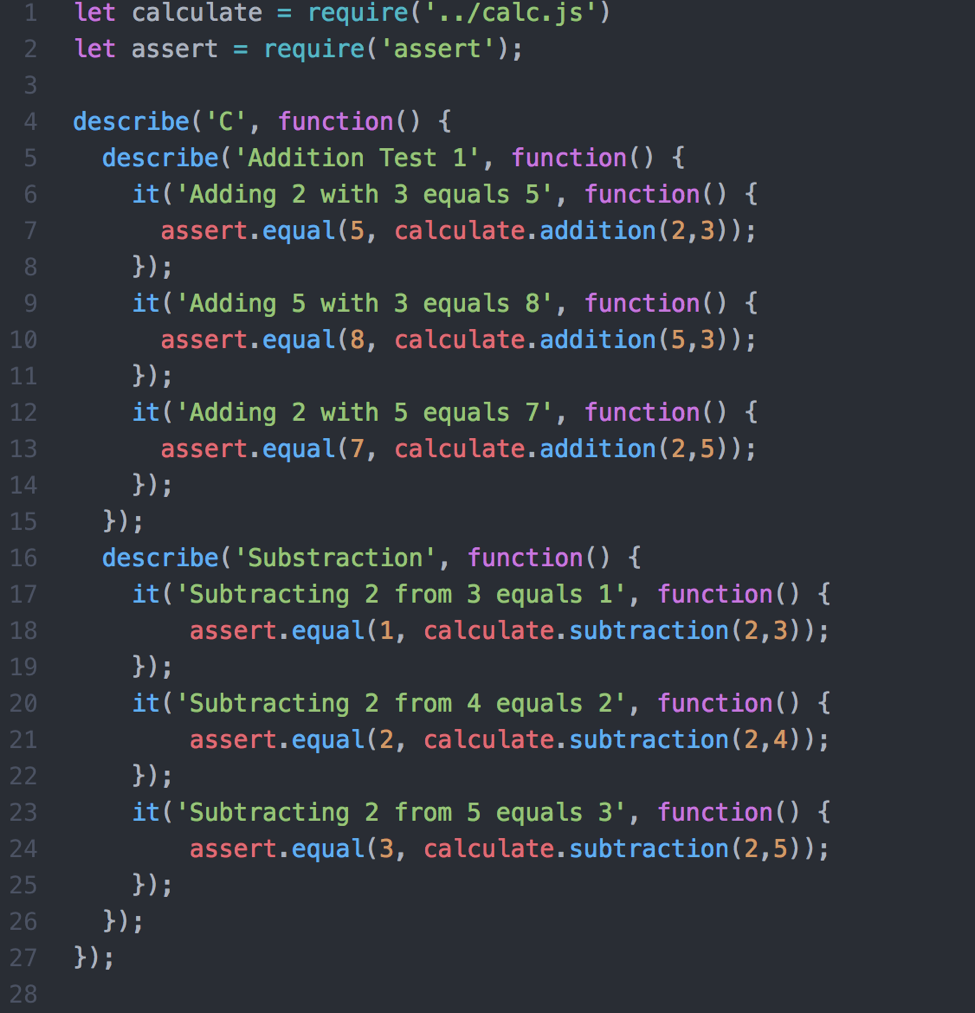 Yeah…everything worked as expected and our tests have passed 🙂