How to run a node program:

Object Literal are name/value pairs separated by commas and surrounded by curly braces. Note that in JavaScript, any function can be added to an object in the form of a property. 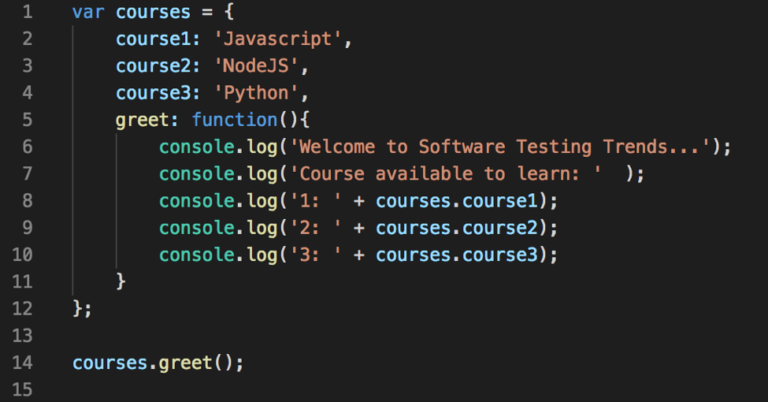 First-class functions are functions that can be treated like any other variable in JavaScript such as:

A Function can be passed as an argument to other functions

A function can be returned by another function

A function can be assigned as a value to a variable. 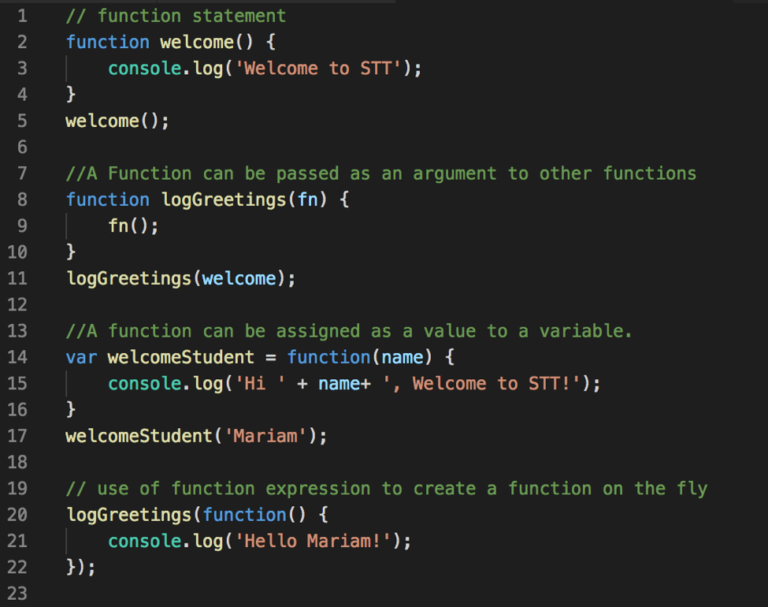 In JavaScript, a constructor is used when working with Prototype objects or Object Oriented JavaScript. It can be viewed as a normal function that is used to construct objects. It initializes a value or sets the default values.

Let’s have a look on an example:

Here this that is used in a constructor function is a keyword. The ‘this’ keyword does not have a value. When a new object is created, the value of this will become the new object.

Objects of the same type are created by calling the constructor function with the new keyword:

In above example, Person(first, last, age, department) is a Constructor Function.

new Person(“John”, “Mac”, 28, “IT”); is where we are calling the Constructor function with a “new” keyword which creates an object of the constructor i.e. employee1

Similarly employee2 is another Object of Person() constructor.

In JavaScript, it is considered a good practice to name constructor functions with an upper-case first. This is done in order to create more readable code.

When we want to read a property from an object, and it’s missing, JavaScript automatically takes it from the prototype. This behavior is known as “prototypal inheritance”. 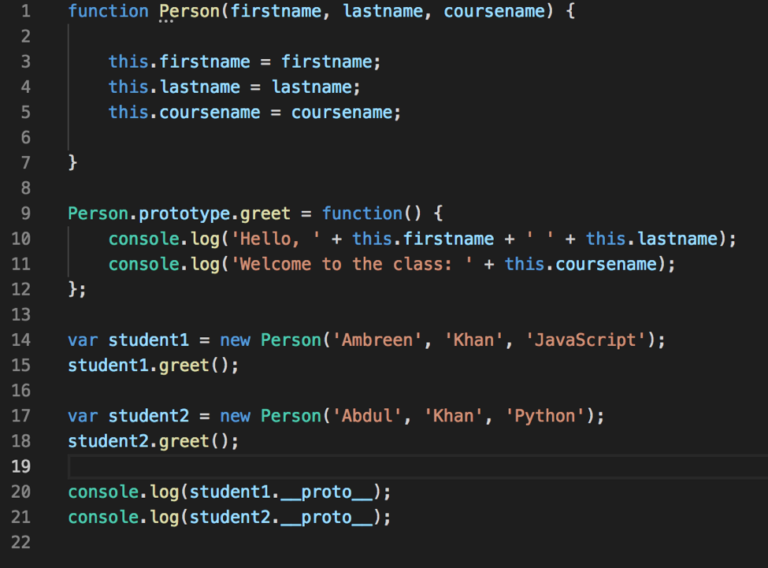 There are multiple methods to define an IIFE:

Method 1: Using a prefix in-front of the function to make it an expression

See an example below. It shows the alert “Hello from IIFE!” when we run it on the browser

It’s a function that died immediately after it came to life. The prefix “!” in-front of the function keyword on line 1 enforces JavaScript to treat whatever that’s coming after “!” as an expression instead of a function statement/definition. We can replace “!” with any unary operator such as “+”, “-”, or even “~”. The first character can also be replaced with void as shown in example below:

In above example, void is forcing the function to be treated as an expression.

The other method to make a function behave as an IIFE is to wrap the function into parenthesis.

There are two variations of IIFE when using parenthesis:

A module is a reusable block of code whose existence doesn’t accidently impact other code.

Checkout Courses on Udemy by Stephen Grider and Colt Steele